The Insurers Association of Zambia (IAZ) is a member organisation for all licensed insurers and re- insurers companies in the country. IAZ was formed in 1997 by the first few insurance companies that were licensed following the liberalisation of the economy. ZSIC General Insurance Limited (Zambia State Insurance Corporation Limited at the time) had been the only insurance company in the country, allowed to carry out insurance business from 1968 to 1991. However, following the opening up of the industry more companies started operating, which brought about the need to have a common body to speak on behalf of the industry and to champion the interests of insurance companies. 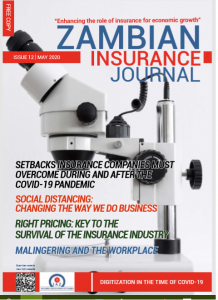 7. Going Back To The Insurance Basics – Mr Douglas Hoto

9. The potential impact of IFRS 15 and 17 on the insurance sector – Mr Louis Van As